Start the ball rolling – we will take care of the rest for you.

Whether it is poor availability, dealing with issues slowly, lack of engagement with the property or no transparency of costs – you wish to change buildings management. convival Immobilien is your guide to a new building management – free and without obligation.

Start the ball rolling – we will take care of the rest for you. 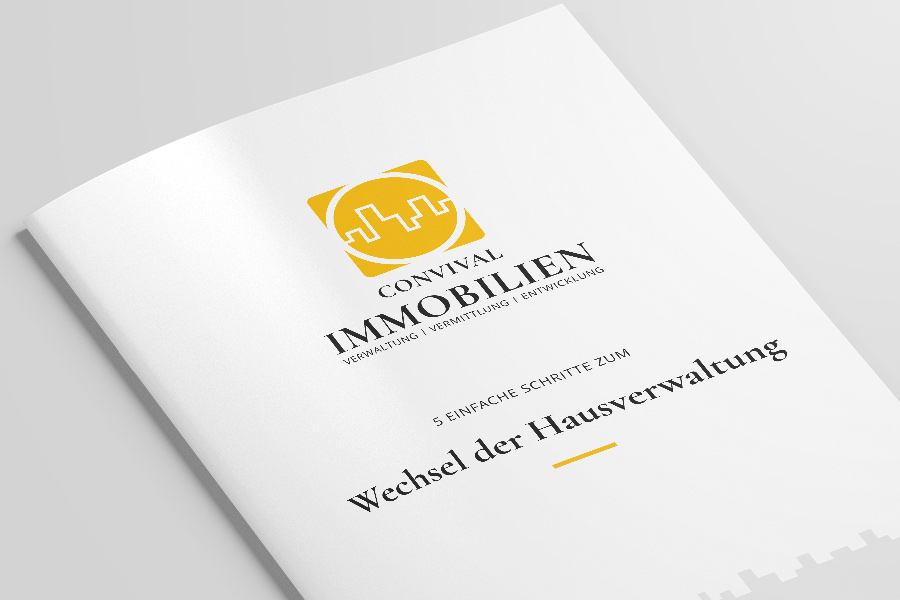 All important information for the change of building management collated in one document. Arranged clearly and perfect to download!

Find support for the proposal and raise the sentiment for it among the owners.
Are you the only one who thinks that the work of the building management is unsatisfactory or do your co-owners see it the same way? Maybe you have discussed the subject in the house with neighbours or during owners’ meetings. Then it is now time to get active.

The wider the wish of the owners for a change of management, the more likely a motion for that is to succeed.

If many owners are all pulling in the same direction, this gives a signal to owners who have not yet engaged with the subject or are undecided.

More than half of the land registry shares need to vote for a change of management. The bigger the property is, the more important it is to clarify the positions on this subject in advance.

A check must be made of the earliest possible time when the current management contract can be terminated.
Time-limited management contracts end at the agreed date. Premature termination is only possible if there are gross violations of obligations by the manager. A strict standard is applied to this check.

Setting a management contract period more than 3 years in advance is not permitted. After 3 years has expired, the contract can be terminated annually.

Collecting and selecting quotations from other building management companies

Define what is really important to you in the management of your property.
Contact other building management companies and get them to send you a no-obligation quotation.

There is no standard which all quotations for management contracts must look like. Comparing quotations is thus not straightforward. Creating a quotation matrix with which the important services can be compared is recommended. You can also specify your particular wishes for building management. In all cases, create a catalogue of questions in advance which you can send to building management companies under consideration. This can simplify later comparison.

Get quotation without obligation

The decision to change building management is made via a resolution. A simple majority is sufficient.
Resolutions can be made in various ways. Formalities must always be adhered to precisely (see below).

Those entitled to vote are fundamentaly all (registered) owners – in the case of owner partnerships, both owner-partners must vote the same way for their vote to count.

Care must be given for usufructary agreements or other specifics noted in the C-sheet of the land registry which can give rise to different resolution rights for a person.

What is the vote on?
There are at least two decisions to make in the context of the resolution to change building management:

The problems of the formality of a resolution lie in the detail. You should (certainly) get expert advice to avoid a positive resolution being overturned on the grounds of a formality.

How is the vote taken?
In the owners’ meeting

In order to be able to pass a valid formal resolution in the owners’ meeting, some (strict) formal stipulations must be met: every apartment owner must be informed at least 14 days in advance of the content of the proposed vote (§ 25 Sect. 2 WEG [Condominium Ownership Law]) by invitation to the owner’s meeting and issue of an agenda by a notice in the building and by letter to the last known delivery address.

The initiators of a resolution send a voting form, together with an accompanying letter in which the reasons for a resolution are set out, which must be returned within an announced period (atleast 3 weeks is recommended).

The idea of going “through the house” collecting signatures is absolutely not advised. Due to the possible necessity oflater proving that the resolution was formally correct and fault-free the sending of resolution papers by post (registered) is recommended for evidential purposes.

Ermittlung des Beschlussergebnisses / Bekanntgabe
Resolutions bythe owners are – provided they do not have serious deficiencies – fundamentally legally valid from the day of the announcement. That means that a resolution is applicable and “valid” in content until the contrary is determined by a court.

Resolutions should be publicised both by a notice on the (noticeboard in the building) and written notification to the owners.

The resolution comes into force ifthere are no disputes in court within the open period.

Enquiry can be made at the land registry court responsible for the premises after the expiry of the period whether the resolution was contested. A confirmation of that can also be provided by the court

Termination of the existing building management

The existing building management must be terminated in good time in writing.

The termination letter must contain the outcome of the resolution and in order to avoid problems with evidence, must always be registered and sent in good time to the existing building management company. It should be noted that termination generally has to be received by 30.9 of a year.

Occasionally, a buildings management company will try to avoid the effective submission of a termination – e.g. by official absence message around the 30.9. It is therefore recommended that thetermination letter is also sent to a known e-mail or fax address or delivered in person . In any case, every (including failed) attempt to deliver should be documented.

Management of the developer / majority owner

Occasionally a majority owner (more than 50% of the shares) will wish to keep or use “his” building management company. In this case, § 24 Sect. 3 WEG protects the remaining apartment owners if the objectof the proposed resolution is a legal transaction with an apartment owner or a person who is personally or commercially related. In this case, the affected co-owner has no voting rights. These shares are not considered and half of the shares of the co-owners with voting rights is sufficient.

Sometimes a close commercial relationship in particular cannot be seen at first glance. Especially with legal persons, it is therefore worth looking in the land registry to find any linkages under company law.

What are you waiting for?

Are you interested in having your property managed by us in the future? We would be pleased to prepare a quotation for you to discuss further with co-owners. We will be happy for you to contact us without obligation.

We say: it dosn’t cost anything to ask! We will be pleased to give any information or quotations without reimbursement of expenses. However, often nothing can replace a personal conversation. So we can take time for that – here in the office, on location or by video conference.

We will be happy to prepare a free quotation for you. 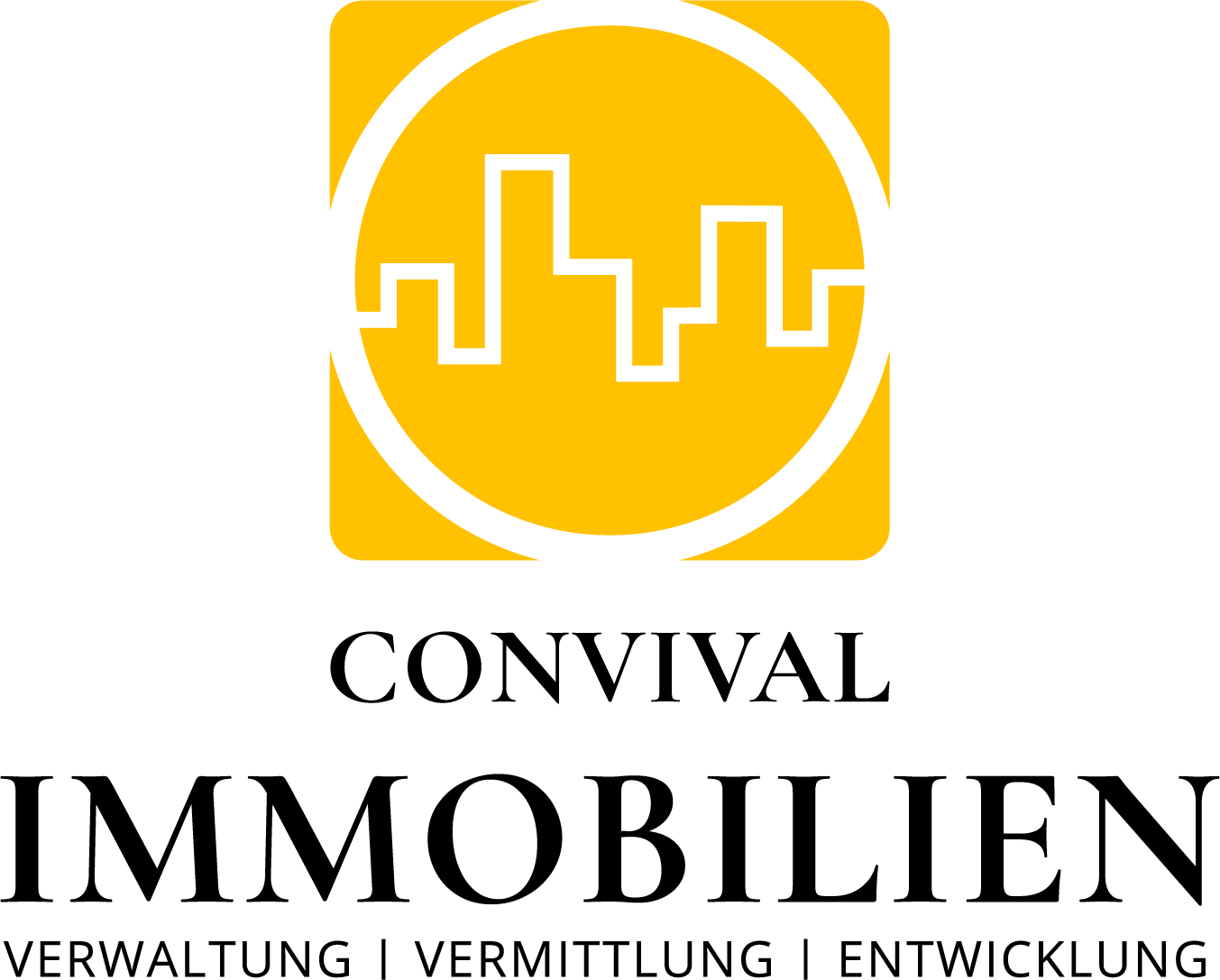